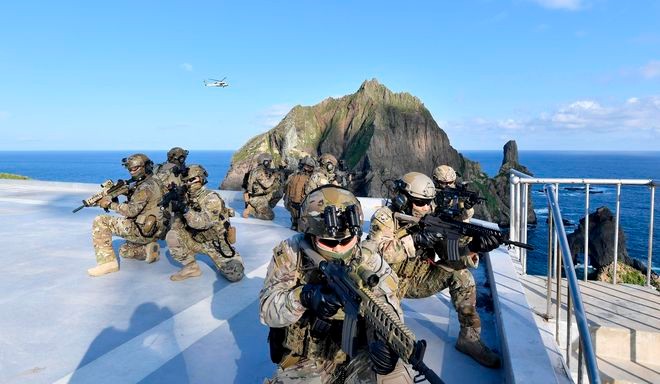 SEOUL--After a South Korean air force master sergeant accused a colleague of sex abuse and killed herself in May, the government is responding to pressure to reform the military justice system, including handing sex crime cases to civilian courts.

Activists and victims say South Korea’s powerful military has stood in the way of previous efforts to reduce the power commanders have over the process. But several new changes are being drafted by the ruling party and have the support of the president, defense minister, and some opposition lawmakers.

Activists say the country’s military authorities have not done enough to curb abuse and cover-ups, even after a series of deaths and prominent crimes, including the 2017 suicide of a female navy captain who said she had been raped by a senior, led to tighter rules and harsher penalties.

Defense Minister Suh Wook, a former army chief, has apologized for failing to implement those measures and change the military’s “exclusive culture,” a reference to the cover-ups.

The Joint Chiefs of Staff referred requests for comment to the defense ministry. A ministry spokesman said it will support legal and institutional reform.

Song Ki-hun, a lawmaker who previously served as a civilian prosecutor and military legal officer, said sentencing statistics underscored the need to reform the military’s justice system. On average, he said, only one convicted sex offender in the military was jailed for every three civilians sent to prison for the same offence.

Fewer than 10 percent of almost 2,000 sex crime cases tried in military courts from 2016-20 resulted in prison sentences, according to court documents.

The documents showed a relative improvement in civilian courts where the percentage of sex crime convictions rose from 26.8 percent in 2017 to 31.1 percent in 2020. The increase followed the Supreme Court’s guidelines in a 2018 ruling for improved gender awareness and protection of victims.

“Despite some improvement in regular courts and social perceptions, the military just doesn’t have that level of gender sensitivity and the macho-like, rank-based environment foments that environment for the sake of protecting their community,” Song said.

Song and other lawmakers of President Moon Jae-in’s ruling Democratic Party have proposed an amendment of the Military Court Act to strip commanders of the authority to oversee military prosecutors and courts and restrict their ability to reduce sentences.

The party is also drafting a bill to transfer all military sex crime cases to civilian police, prosecutors and courts as a way to make investigations and trials more independent and accountable.

Moon has called for swift passage of the bills, as well as the launch of a mechanism to reshape military culture. Defense Minister Suh and some leading opposition lawmakers have expressed support for the measures, and Song said he expects the bills to pass soon after the bipartisan parliamentary judiciary committee finalizes details.

While welcoming the proposed legal reforms, some activists and lawmakers said they would not be enough to protect women without broader changes in the military’s culture and centralized command structure.

After the air force master sergeant reported that she had been molested by a colleague in March, her supervisors sought to cover it up and forced her into a settlement, according to her family and military sources. Later, military prosecutors dragged out their investigation for nearly two months, never summoning the attacker for questioning, they said.

“This case showed how insensitive the military was to gender violence,” said Bang Hye-lin, a former marine corps captain who now works as an advocate at the Center for Military Human Rights Korea in Seoul.

“But after all, the military is part of society which bears the same problems, and we need to make tremendous efforts including a lot more open debate and civic education to raise awareness and tackle stereotypes.”

Song urged a change in the military personnel evaluation system that penalizes commanders and senior officers for any incidents that occur at their units, which he believes bolsters the practice of concealing or under-reporting abuse.

“Getting a promotion matters the most in the military, and the system breeds the obsession among them that their units, bases, regiments, divisions and corps must be incident-free,” he said.