Olympic teams to be quarantined if even 1 member tests positive 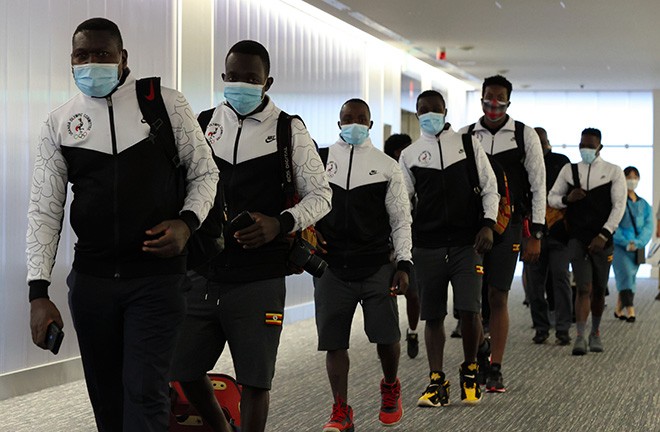 All members and staff of an Olympic delegation will be isolated if at least one of them tests positive for the novel coronavirus after entering Japan for the Tokyo Games, according to the top government spokesman.?

“If infections (among an Olympic delegation) were confirmed at a host town or elsewhere, all athletes and their staff will be isolated in private rooms and barred from taking part in (training and other) activities,” Chief Cabinet Secretary Katsunobu Kato?said at a news conference on June 30.

“They can resume their activities unless they are confirmed to have come into close contact with patients and been infected with the virus in a retest.”

The government will revise its manuals for host towns accepting Olympic teams from overseas to include the new anti-infection measures.

Kato said the government held a meeting on the morning of June 30 to explain the new policy to concerned municipalities.

He also revealed how the government intends to handle cases where members or staff of an Olympic delegation test positive at airport quarantine checks.

Kato said the government plans to identify people who may have come into close contact with the infected individuals while traveling to Japan and transport them to their accommodations separately by bus.

According to sources, those found in close contact with an infected individual will be quarantined at a hotel in Tokyo or surrounding prefectures if it takes five hours or more by vehicle from the airport to the team’s host town. If it takes less than five hours, the close contacts will be transported to the host town.

It takes five hours or more if the host town is about 300 kilometers away, the sources said.

The policy will be in place from July 1 through July 12 before the Olympic village opens.

Kato previously said officials at the athletes’ host towns would be responsible for coordinating with local public health centers to determine who had been exposed to the virus from athletes or team staff confirmed to be infected by airport quarantine checks.

But the government has come under fire after the Ugandan delegation was allowed to travel to their host city, Izumisano, Osaka Prefecture, without undergoing inspection to identify who may have come into close contact with a coach who tested positive at Narita Airport outside Tokyo on June 19.