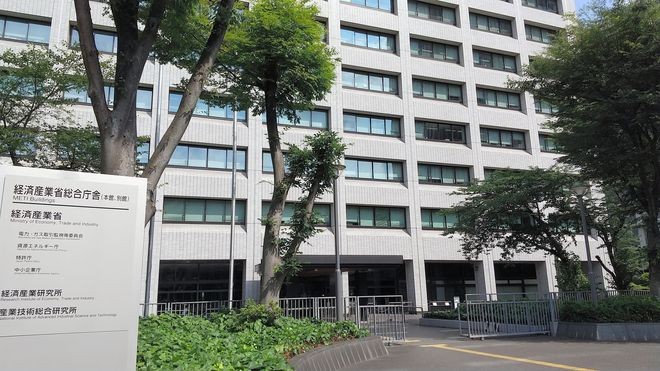 A government building that houses the Ministry of Economy, Trade and Industry in Tokyo's Kasumigaseki district (Asahi Shimbun file photo)

How soon can the government provide financial support to people who have suffered financial losses due to the novel coronavirus pandemic?

The competence of government bureaucrats is being put to the toughest test ever.

But to our utter disgust, two young career bureaucrats of the Ministry of Economy, Trade and Industry (METI) not only neglected their duties as public servants, but were arrested on June 25 on suspicion of defrauding the government in its pandemic relief program for midsize and small businesses.

The two officials, former high school classmates, allegedly faked a sales ledger and other documents of what appears to be a paper company, and swindled 5.5 million yen ($49,780) in rent subsidies.?

One of them reportedly lived in an upscale condominium where the monthly rent exceeded his monthly wages, drove fancy import cars, and purchased an expensive brand-name wristwatch and other luxury items after receiving the subsidy.

Regarding the rent subsidy and various other financial relief programs, many applicants have complained about payment delays. As for programs farmed out to private enterprises for processing, questions were raised about the ambiguity of contracts and large commission fees.

Receiving benefits under false pretenses is in itself a betrayal of taxpayers, but it is much more insidious when career bureaucrats themselves abuse the benefits administered by the Small and Medium Enterprise Agency, which is a METI affiliate.

This alleged transgression occurred at a time when the entire bureaucratic community in Kasumigaseki should be doing everything possible to improve the system.

We demand that investigative authorities get to the bottom of the scam.

The two bureaucrats are suspected of having discussed ways to delete their application data at their workplace. And if METI was where they committed the malfeasance, their superior officials' supervisory responsibility must be severely examined.

It also came to light last week that a METI official was involved in secret filming in a women’s restroom in the Diet building.

Back in 2016, a former director-general was found guilty of insider trading in an industry he oversaw.

And two years ago, a former assistant director was arrested for alleged drug use.

We would like to believe that the majority of METI officials are doing their jobs honestly. Still, the recent spate of scandals can only be called abnormal.

Long gone are the days when the government's industrial policies propelled the nation's rapid economic growth.

Today, what is the purpose of METI's existence, and what goals should it be pursuing?

We suspect that the steady erosion of the ministry's morals owes to the failure of senior officials to indicate clear guidelines and share them with individual bureaucrats.

At its Industrial Structure Council meeting earlier this month, METI announced its "new axis of economic and industrial policy." In doing so, the ministry made its intention clear to actively intervene in corporate activities to boost the semiconductor industry and promote a carbon-free society.

There certainly are cases where government intervention is necessary. However, METI has been accused of conspiring with Toshiba Corp.'s management in blocking shareholders from exercising their rights at last year's general meeting of shareholders.

METI must first identify its organizational problems and explain them to the public to regain the trust of the Japanese people. Failing to do so, the ministry must recognize that there can be no fresh start.