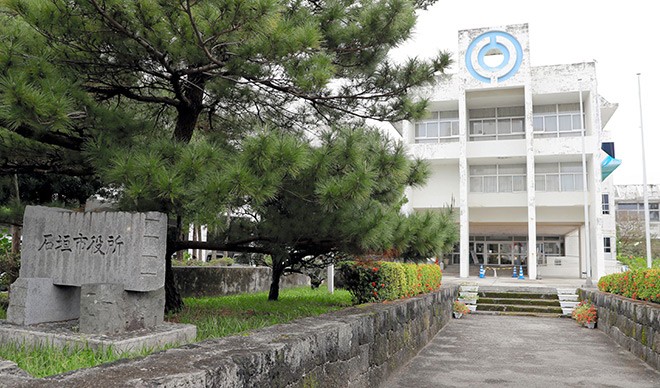 ISHIGAKI, Okinawa Prefecture--Despite local backlash, the city assembly here voted to rewrite an ordinance that lets residents force a referendum if they collect enough signatures from voters on a petition.

The move is an apparent bid to block a referendum on a controversial planned deployment of the Ground Self-Defense Forces (GSDF) to Ishigaki, critics said.

The ordinance, enacted in 2010, allows residents to submit a petition to the mayor to call for a referendum on important issues concerning city administration if it carries the signatures of at least a quarter of the eligible voters in the city.

The controversial draft proposal passed by the city assembly would delete the provisions on petitioning for a referendum and drop the wording that says the ordinance is the highest standard in the city administration.

“Eleven years have passed since the ordinance was enacted,” said a member of the ruling party in the assembly who submitted the draft proposal. “It needs to be revised to deal with criticism and questions.”

Ten members of the largest regional political party in the 22-seat assembly on June 28 voted in favor of the proposed revisions, while eight members of the other parties voted against it. Three abstained, and the vote count excludes the assembly’s chairperson.

Some observers said the assembly is rewriting the ordinance to counter a move by residents opposed to the planned deployment of GSDF personnel to Ishigaki, near residential areas, to strengthen the defense of remote islands in southwestern Japan.

The city assembly voted down a petition brought forward by a citizens’ group in 2018 with the signatures of nearly 40 percent of eligible voters calling for a referendum to force a vote on the deployment plan.

“It appears to be the last resort to block a referendum,” said Ryutaro Kinjo, 30, who heads the citizens’ group, of the draft proposal.

But the move does not head off all routes to triggering a plebiscite over the matter.

A petition can also be filed under the Local Autonomy Law to call for a referendum if it carries the signatures of at least one-50th of eligible voters.

“The assembly didn’t thoroughly discuss the matter,” said Hiroshi Nakachi, a professor emeritus of administrative law at Okinawa University. “The passage of the proposed revisions is not that discouraging since residents can still call for a referendum under the Local Autonomy Law. But they no longer have access to the other way.”

(This article was written by Shogo Mitsuzumi and Daizo Teramoto.)