Orders pour in for stained-glass umbrella created by Kobe business 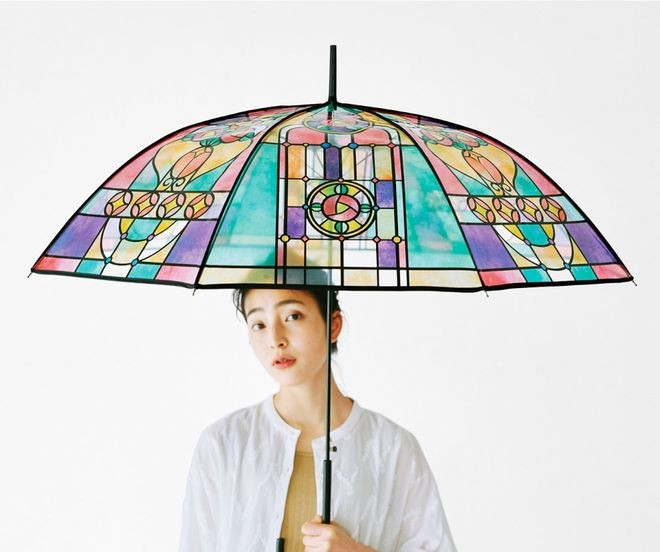 A stained glass-themed plastic umbrella featuring the retro motif inspired by the distinctive style of the Taisho Era was released in April. (Provided by Felissimo Corp.)

KOBE--A “stained-glass”?plastic umbrella designed by an online shopping company here has become such a hit that orders may not arrive until well after the rainy season ends.

Its canopy features the retro-themed motif inspired by the distinctive style of the Taisho Era (1912-1926).

The vinyl umbrella caused a stir online immediately after it was released in late April by Felissimo Corp.

Felissimo said it has been flooded with orders, and it takes about two to three months for customers to receive the umbrella.

The design was conceived by a product planner during her first year at the company. It took about two and a half years for Felissimo to bring the umbrella into shape.

The ribs are about 60 centimeters long to protect users from rain even when they are dressed in a voluminous skirt or kimono.

When the umbrella is opened on a sunny day, the sunlight passing through the canopy creates colorful shades.